Learn Spanish from anywhere in the world! 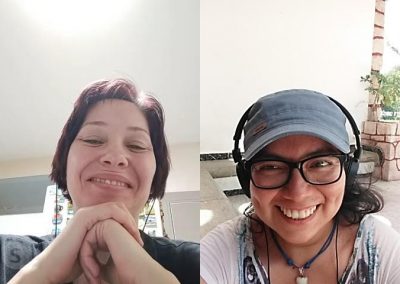 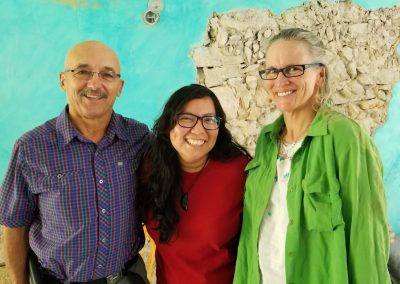 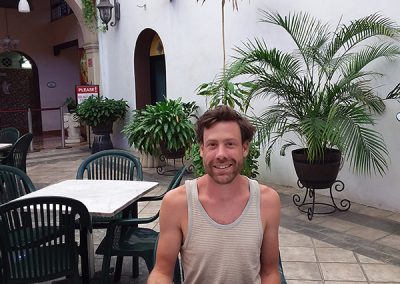 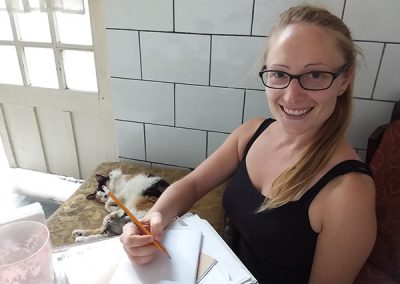 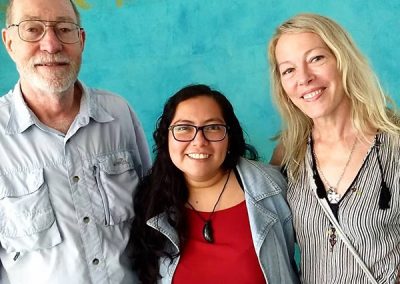 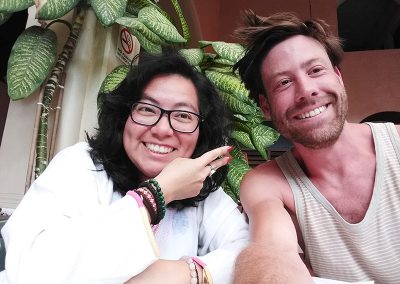 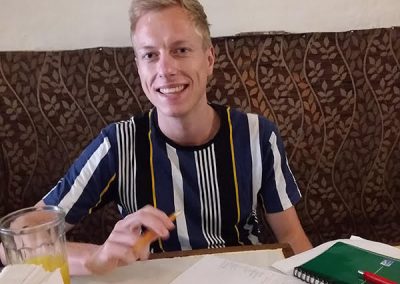 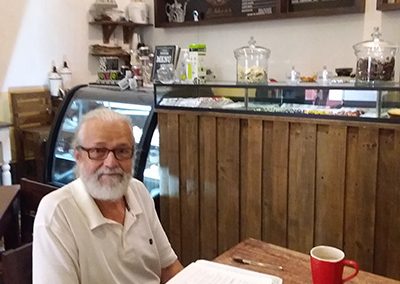 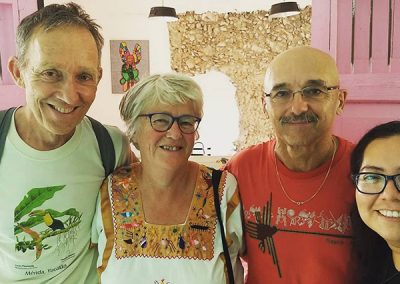 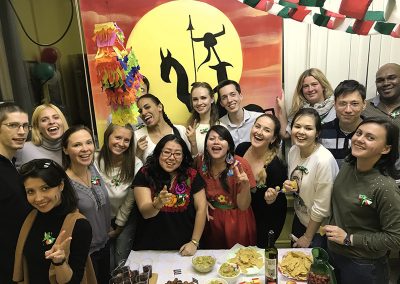 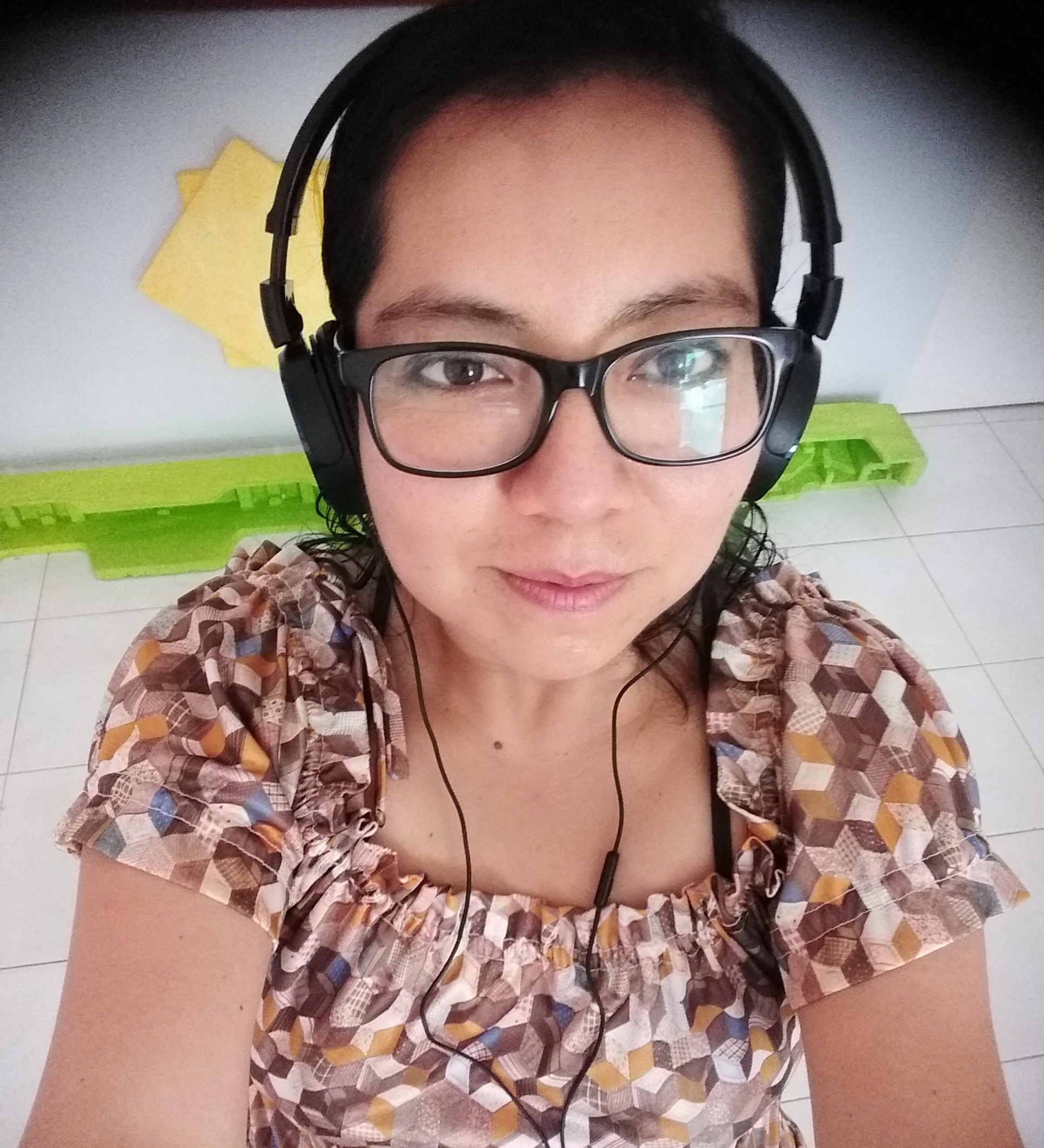 My name is Alejandra Salinas, and I have been teacher since 2004 with a focus on Humanities and philology, I have a Masters Classical Philology from the University of Salamanca in Spain, as well as a degree in Classical Literature  from the University Autonomous of Mexico, where I received training as a spanish teacher from the Center of the Teaching for Foreigners (CEPE) at UNAM.

Education is my passion, and whit over 15 years of teaching experience, I am confident in my teaching method. You are in the right hands!

Sign up today and get your first class completely free!

Why take lessons with me?

I offer 100% personalized program tailored to your specific needs and interests. Together we’ll develop a curriculum that adapts to your ability allowing you to set your own peace and work load.

In my experience, communication is the best way to learn a new language. With that in mind, our work will focus on one on one interections that help to develop conversational skills in a real life setting. This program can be particularly benefitial to those looking to speak with confidence about specific topics of their choosing. Develop conversational skills that best your area of focus, whether it’s work, school or even family.

I will accompany you throughout your learning process as we develop activity options and a course load that appeals to your areas of interest. My objective is to provide you with the structure, tools and support you need to facilitate your journey towards fluency. As a native Spanish speaker, our lessons aren’t limited to language. I can offer first hand knowledge of Spanish culture and linguistics. At present I am a resident of Merida, Mexico, and also I has lived in Spain for many years, so I can provide an outlook on the diverse and rich vocabulary of
the Spanish language that can only come from someone ingratiated in the culture. It will be apleasure to work with you!
I’ll see you in class. 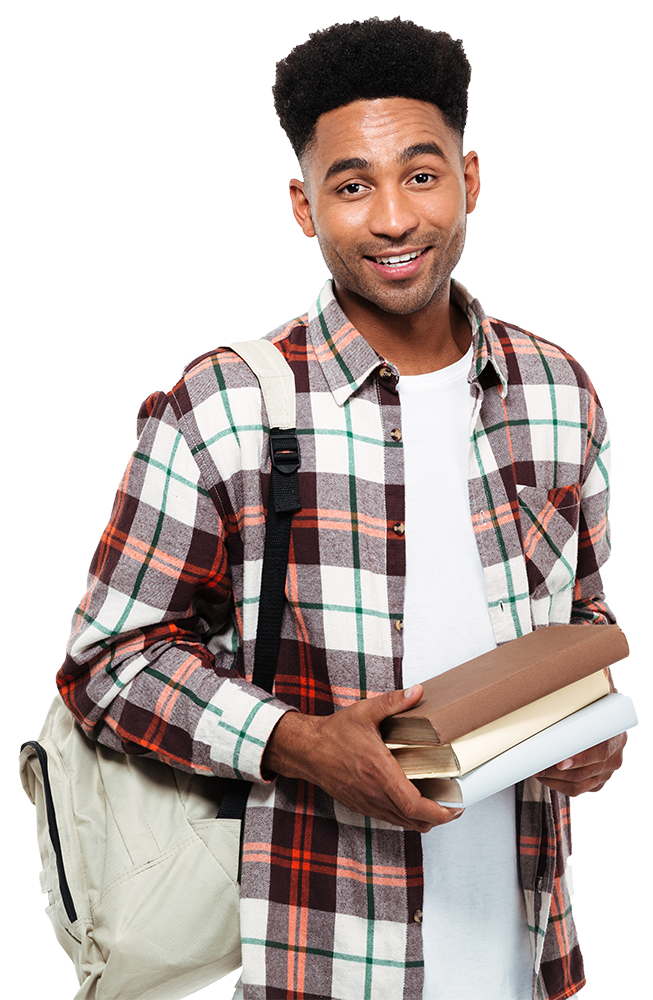 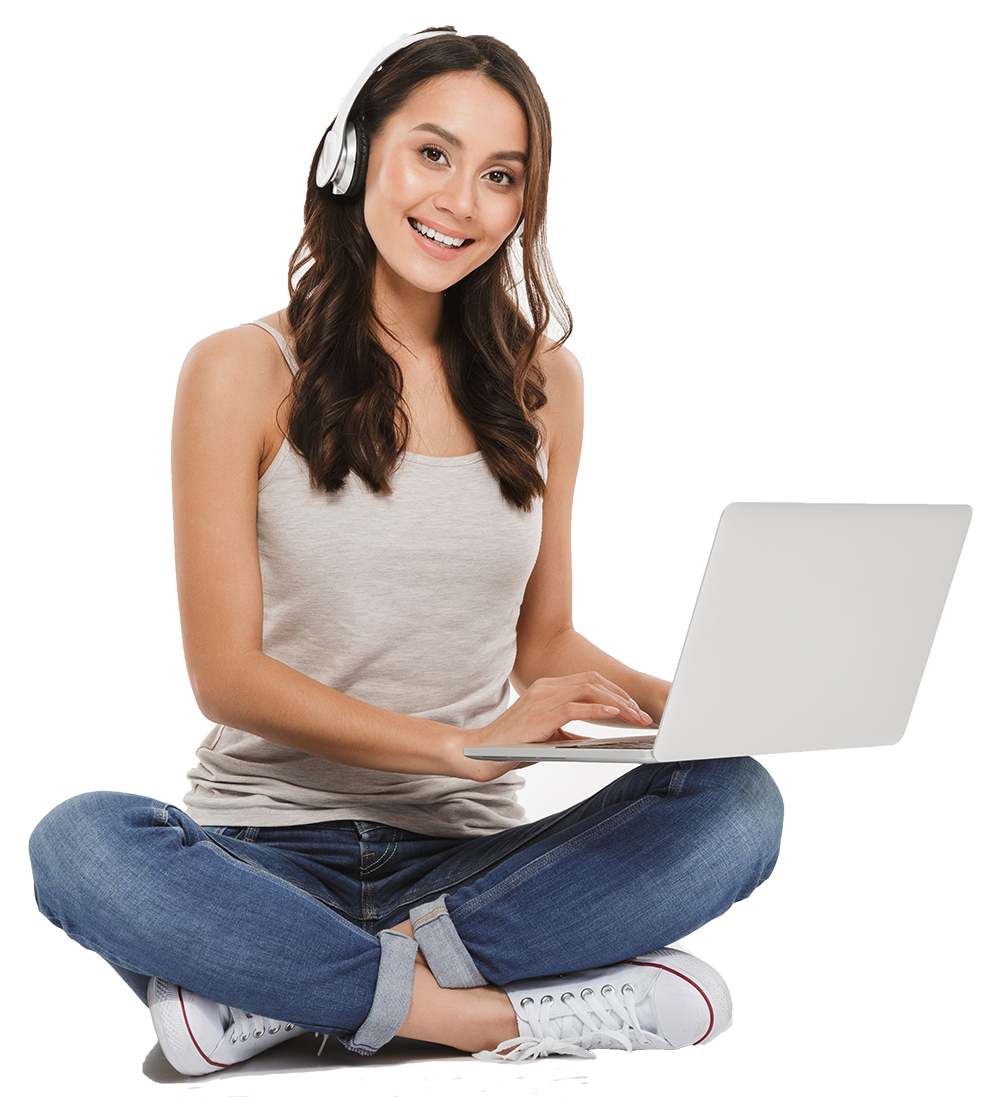 If necessary I will use English in class, but the goal is to conduct the lessons entirely in Spanish to create total immersion experience from the first class.  By the end of our first session, you will be able to understand and speak basic Spanish , 100% guaranteed.

My lessons are designed using a combination of my own materials, and materials from the
book “Nuevo Prisma”. For advanced levels, we use realia (authentic input) for a more authentic immersion in the Spanish language.

The schedule is flexible and adjusts to your available time. (Time Zone: Mérida, México)

There’s no age limit to learning!

My proposal is to offer a variety of courses available for different comprehension levels, allowing you to take full
advantage of the lessons.
Students will not only learn the spanish language, but will be introduced to elements of Mexican culture through interactive activities that pertain to holidays, traditions, and dates of historical importance. 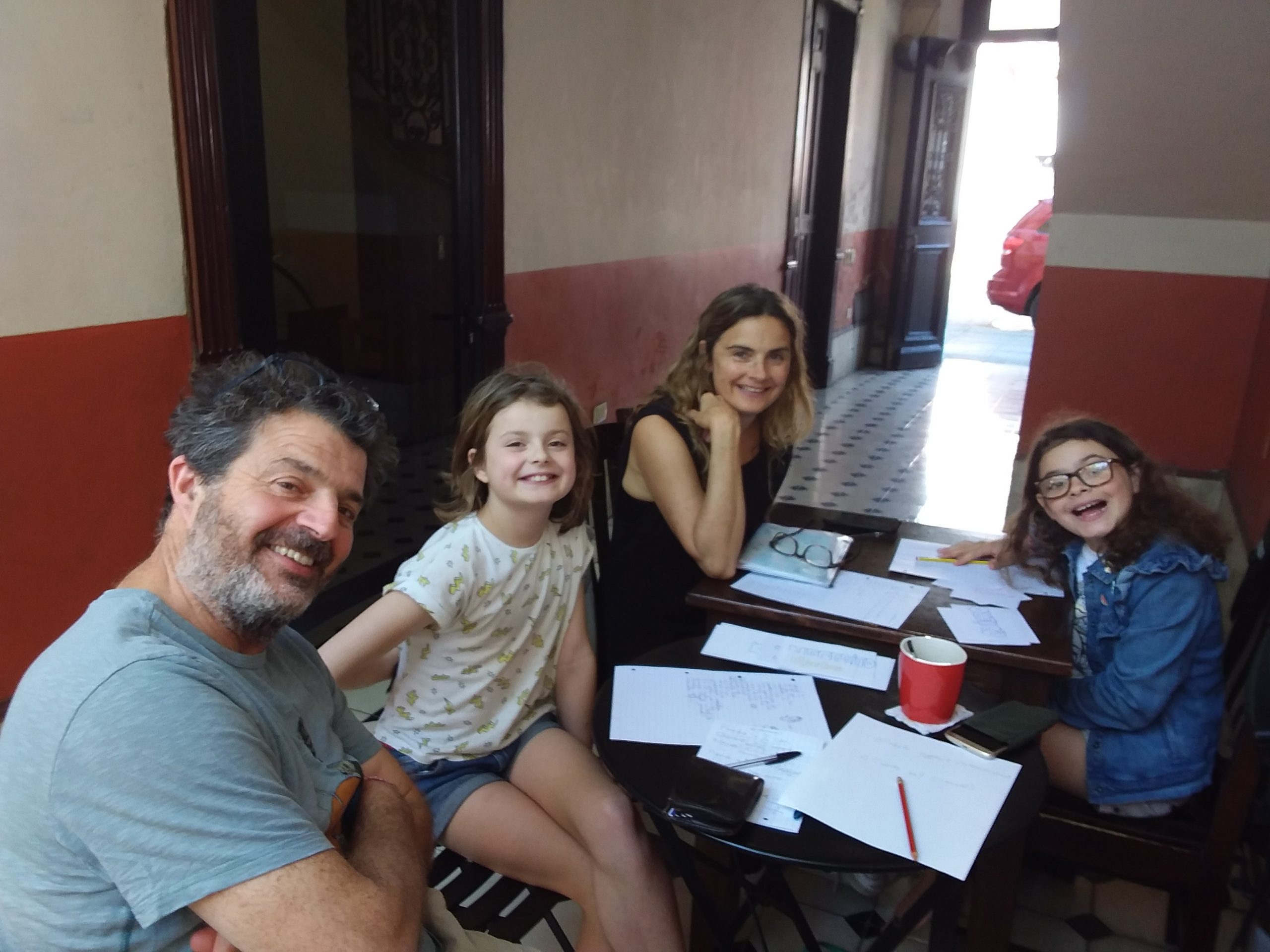 Learn Spanish
from anywhere in the world!

I use my own individual technique to teach Spanish at a personalized and comfortable pace.
My goal is to offer you the necessary tools you need to improve your knowledge of the language, according to your specific needs and interests. 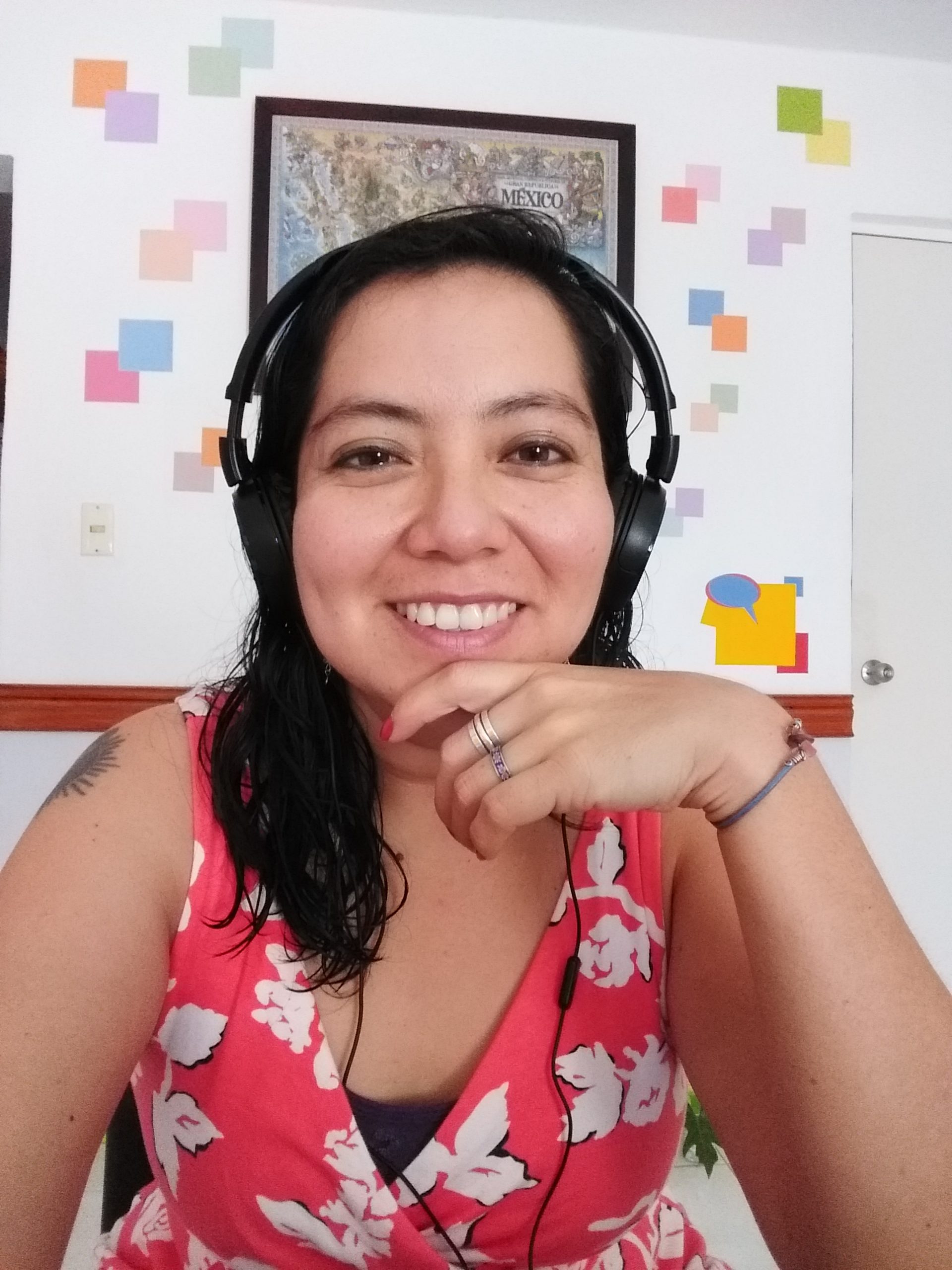 100% personalized courses, wherever you are.

Learn Spanish from anywhere
in the world! With COVID-19
we’re all encountering the
limits of social distancing, but
with an internet connection
and a Skype account, you can
get started right away!

Courses are available to
absolute beginners,
intermediate speakers, and
even those just looking to
sharpen their skills. Improve
your communication and
comprehension with
personalized lessons
designed specifically for you.

Spanish lessons for the
globe-trotters!
With courses designed
specifically for travelers, learn
to communicate efficiently
and effectively for your next
visit to Mexico!

Spanish has the second highest number of native speakers, and is the official language in 20 countries. That’s not including the countries that have not classified it as an “official” language, like the United States. As such a widely spoken language, learning Spanish not only allows you to better understand the culture and people of other countries, but it may even help you understand the communities within your own.

And if that isn’t enough, learning Spanish opens you up to some of the worlds finest literature, art, and cinema. 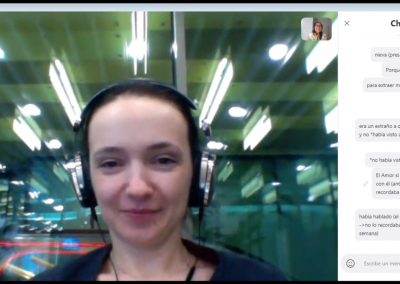 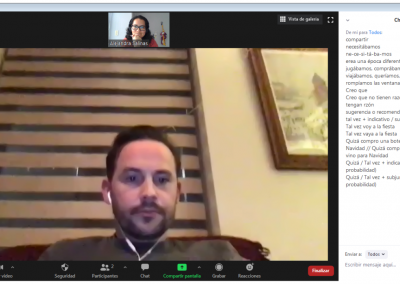 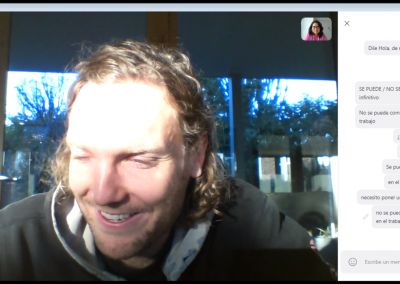 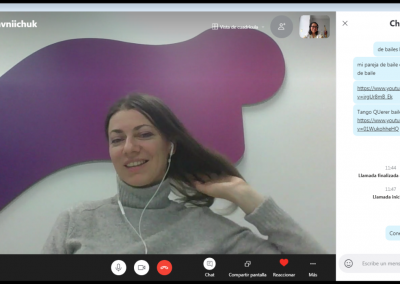 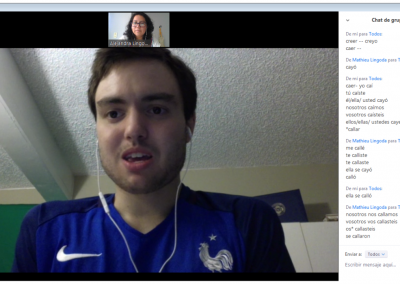 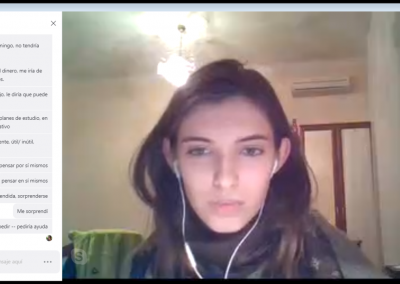 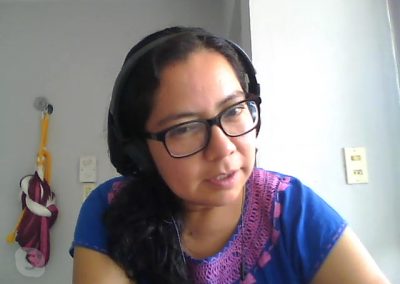 “I studied with Alejandra for more that a year and ror me she’s the perfect teacher.
Alejandra is flexible and attentive to your personal educational needs, she’ll work with you on your personal blanks in the grammar, answer all your questions and find a perfect balance of fun and hard work, so that you can improve quickly while still enjoying your classes. I totally recommend her to any Spanish learner of any age and level. ”   ~Olga

“I have been studying Spanish with Alejandra by Skype for about a year, and I’m experiencing a lot of progress in my language. When I started to learn Spanish I couldn’t say a word and now I can speak to the locals while being in Spain for a vacation 🙂  I like our classes very much. We always discuss interesting topics, so I can learn more not only language-wise but also about life in Spanish speaking countries.” – Tatiana

“I took classes with Alejandra while I was in Mexico. I took private classes with her for around 4 months, we met once a week for 2 hours. She is encouraging and supportive. She is always prepared and created a very comfortable learning environment. Alejandra did not only teach me written skills but we focused on pronunciation and fluency. It was through these classes that I really improved! THANK YOU ALEJANDRA!!!”    ~Lealah

When Alejandra teaches Spanish, she teaches you as a friend who cares about your individual interests and needs. She adapts her instruction with you in mind. No wonder her students meet their language goals! She is at the peak of her abilities with many years of experience teaching and learning languages. You will be lucky to have her working with you. ~Maren

Sign up for your conversational course today! Take advantage of the perfect opportunity to
effectively practice your Spanish language speaking skills in real world scenarios. Learn in a
group or one on one! 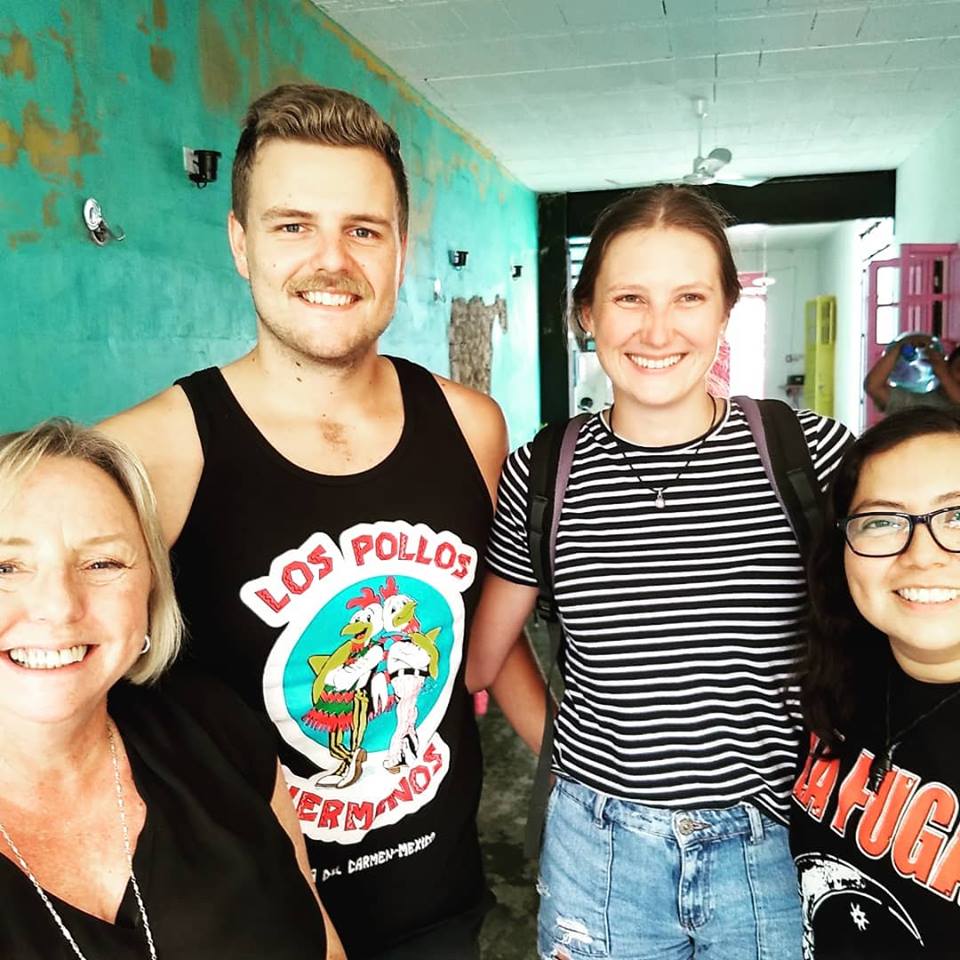